The Atelier for Young Festival Managers in Budapest, Hungary, took place from 2 to 8 June 2016, and was hosted by the Armel Opera Festival. It gathered 43 participants from 25 countries and confirmed the success and necessity of providing training opportunities for early career professionals and to collaborate across continents.

Under the coordination of Hugo De Greef, leading and experienced festival operators, professionals and artists from all over the world, guided the participants through the seven days. Mentors and presenters, pioneering festival managers, gave lectures, lead workshops and took part in round tables and debates – all of them spendt several days with the participants allowing face-to-face contacts and discussions.

The following festival directors participated in the Atelier Budapest 2016:

Find more about the presenters here 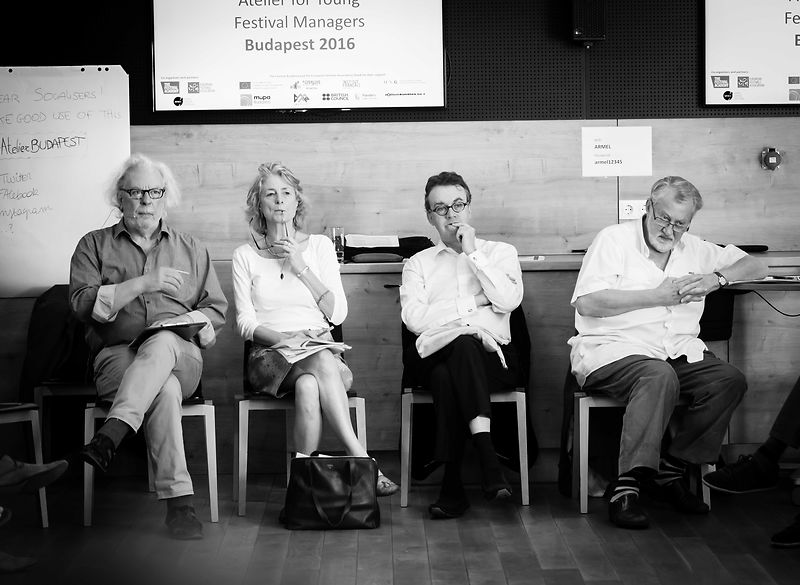 Hugo De Greef, Rose Fenton, Jonathan Mills and Bernard Faivre D'Arcier during one of the sessions

The programme of the Atelier Budapest aimed to foster cultural exchanges, and support participants in developing their personal projects through lectures, debates, small topic-based working groups, practical activities and case studies. Exchanges with artists and leading cultural institutions from the region were an excellent opportunity to link insights gained in the working sessions with the concrete environment. 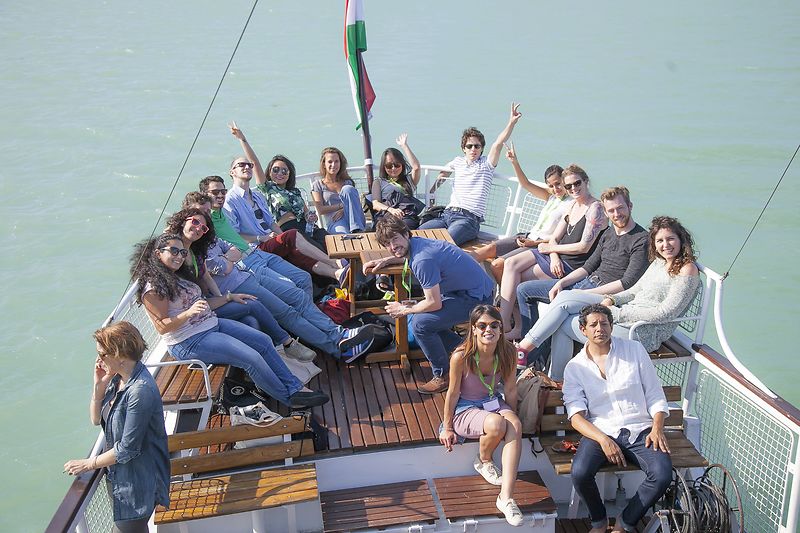 Blogs by participants on Festival Bytes

“One thing I was very struck by, was that you are all here in some way at a kind of cross roads, some of you are thinking about leaving what you are doing now or opening up a new chapter, some of you are looking for a new way. You are all beginning to find some of the answers within each other but you are all also demonstrating a huge amount of personal courage”