Mentors and guest speakers at the activity are renowned festival directors, cultural activists and artists, as well as people working in different fields of action such as the political, social / humanitarian and technological.

During their participation they not only act as lecturers, but also as true mentors as they engage in in-depth discussions with the participants. They are present for multiple days, some for the whole period of the training. They allow participants an honest and open insight into their careers, including both success stories and failures.

We are delighted to announce the speakers for the 2 days of the Online Training #1 (updated regularly):

You can find their biographies below.

Robyn Archer is a singer, writer, creator and Artistic Director The Light in Winter Festival, and was the former Artistic Director of the National Festival of Australian Theatre (Canberra), the Adelaide and Melbourne Festivals and Ten Days on the Island (which she created for Tasmania). She is also a public advocate for the arts and Chair of HOTA - Home of the Arts in Gold Coast, Australia. She is currently an Australia Book Review Laureate, an ambassador of the International Women’s Development Agency and a patron for the Australian Art Orchestra (Melbourne), Brink Productions (Adelaide), the Australian Script Centre (Hobart) and the Arts Law Society (Sydney).

Specialising in the works of Brecht, Weill and Eisler, Robyn made landmark recordings of that repertoire with the London Sinfonietta at Abbey Road, won the prestigious Helpmann Award as Australia’s Best Cabaret Performer of 2013 and was named Cabaret Icon at the 2016 Adelaide Cabaret Festival.  Robyn was the Dedicatee of the 2018 Adelaide Festival of Ideas and delivered its inspiring opening keynote address.

She has received many awards for her contribution to the arts, and for cultural leadership. Robyn is the patron of numerous arts organizations across Australia and an Officer of the Order of Australia, Chevalier de l’Ordre des Arts et des Lettres, Officer of the Crown (Belgium) and an Honorary member of the Australian Academy of the Humanities.

Find out more about her here. 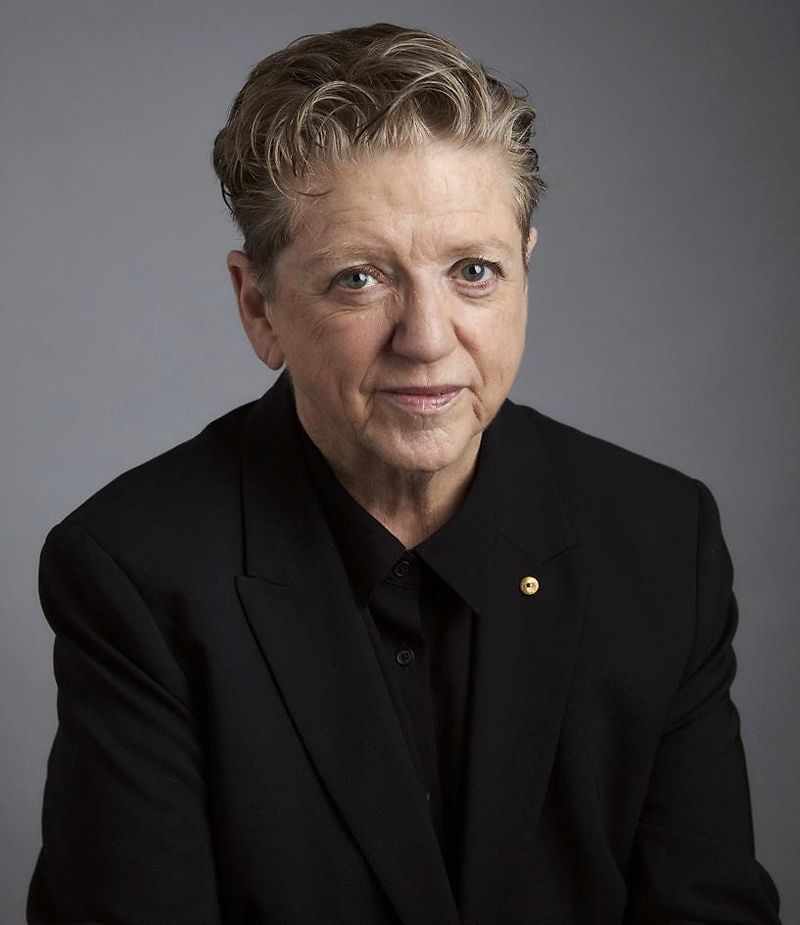 Asiimwe Deborah Kawe was born in Kiruhura, in South Western Uganda. She is an award-winning playwright, producer and performer. Currently, the Producing Artistic Director of Tebere Arts Foundation and co-Artistic Director of the Kampala International Theatre Festival. Asiimwe has worked with the Sundance Institute Theatre Program; dividing her time between New York City and East Africa, she led the East Africa initiative, a program that covered the countries of Burundi, Ethiopia, Kenya, Rwanda, Tanzania and Uganda for six years, and she continues to be associated with the Institute. Ms. Kawe received a Diploma in Music, Dance and Drama, and a B. A. in Theatre and Performing Arts from Makerere University in Kampala-Uganda, and an M.F.A. in Writing for Performance from the California Institute of the Arts. Ms. Asiimwe’s recent plays include Red Hills, Forgotten World, Cooking Oil, Appointment with gOD, Un-entitled, Do they Know it’s Khristmas? to mention but a few. Her radio play, Will Smith Look Alike won an award with the BBC World Service African Performance playwriting competition. Nobel Laureate Prof. Wole Soyinka, who was the judge of the competition had this to say about the play; “I thought the writing was very good and I became really caught up with the play wondering what the final denouement would be.”

Asiimwe has been a writing fellow at the Akademie Schloss Solitude in Stuttgart, Germany, and a guest lecturer/Artist at Pomona College in California, USA and at New York University in Abu Dhabi. For more about Asiimwe’s work, visiting her website. 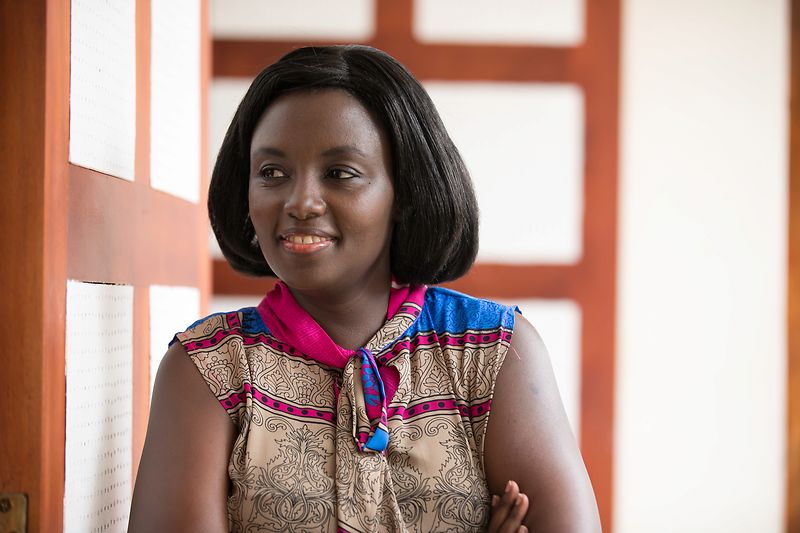 Kate has combined working across academic roles and creative projects since 2005. She completed her practice led PhD in 2010 with the title: ‘Collaboration in Performance Practice: Trust, Longevity and Challenging Proximity’. Kate has worked as a Senior Lecturer at Leeds Beckett University and at Northumbria University, where she led on the industry focused MA Theatre and Performance programme (2015 - 2019). In September 2019 Kate took on a new role as Research Associate at Newcastle University where she is undertaking a three year research project exploring strategies for nurturing risk taking in audiences.

As a theatre maker, Kate has presented her performance work to critical acclaim at a range of organisations across the UK and in multiple international festival contexts. Through GIFT, Kate presents a programme of contemporary theatre and performance that otherwise would not have a platform in North East England. Kate works closely with partners including BALTIC Centre for Contemporary Art and Gateshead Council to deliver GIFT. Kate is a Trustee for ARC, Stockton Arts Centre and The Paper Birds Theatre Company. Kate was recipient of the Theatre Fellowship with the Clore Cultural Leadership Programme 2018/19, and undertook a secondment with HOME in Manchester. She is currently part of the British Council's GENERATE programme. 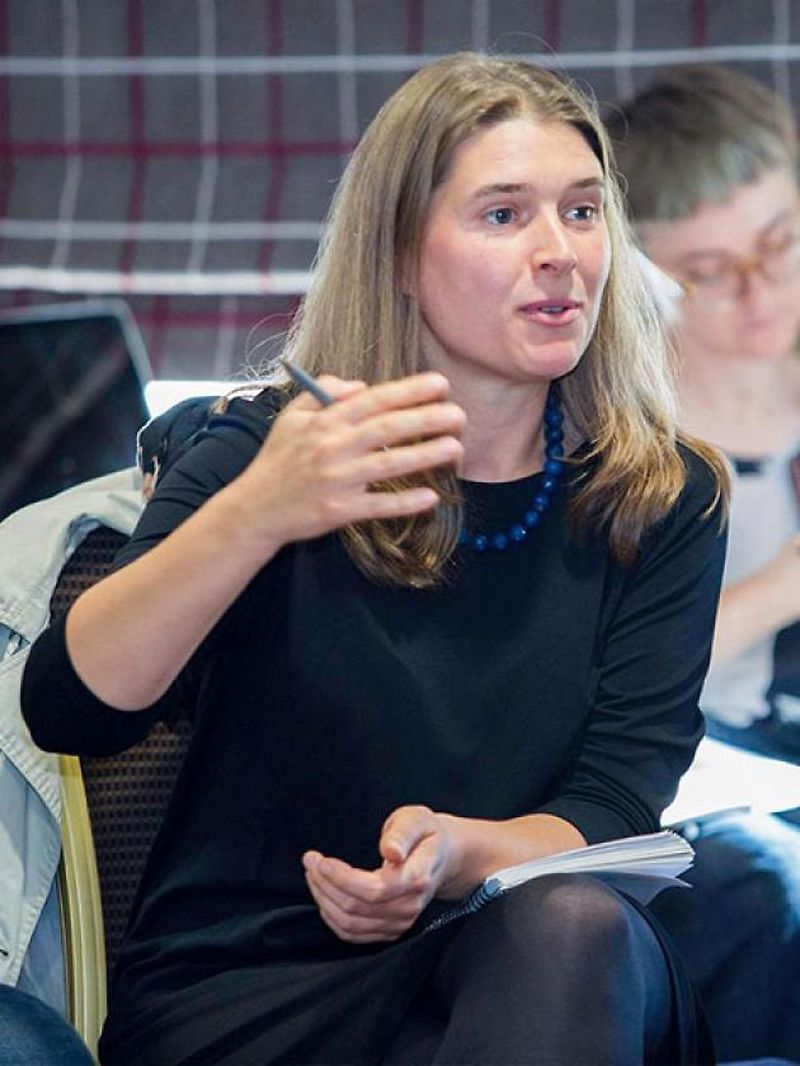 Deputy Artistic Director at the Theatro Municipal de São Paulo, in Brazil, Luiz Coradazzi is an active member of global networks like ISPA – International Society for the Performing Arts, Mensa, Opera Latinoamerica and the Global South Arts and Culture Initiative. He is also the founder of Pangea Cultura and former Director Arts at the British Council Brazil.

Graduated in Marketing and Communications, post-Graduated in Cultural Policy Management (University of Girona), and Master in Music Business Management (University of Westminster), Luiz has been working in the Culture & Society sectors for 22 years as a planner, producer, fundraiser, programmer and advocate. He has worked as a manager and consultant at several institutions and projects including the São Paulo State Symphony Orchestra, TV Cultura, the Goethe-Institut, Time4Fun, Inhotim, Universal Music, and the Heliópolis Youth Orchestra.

Find out more about him by clicking here. 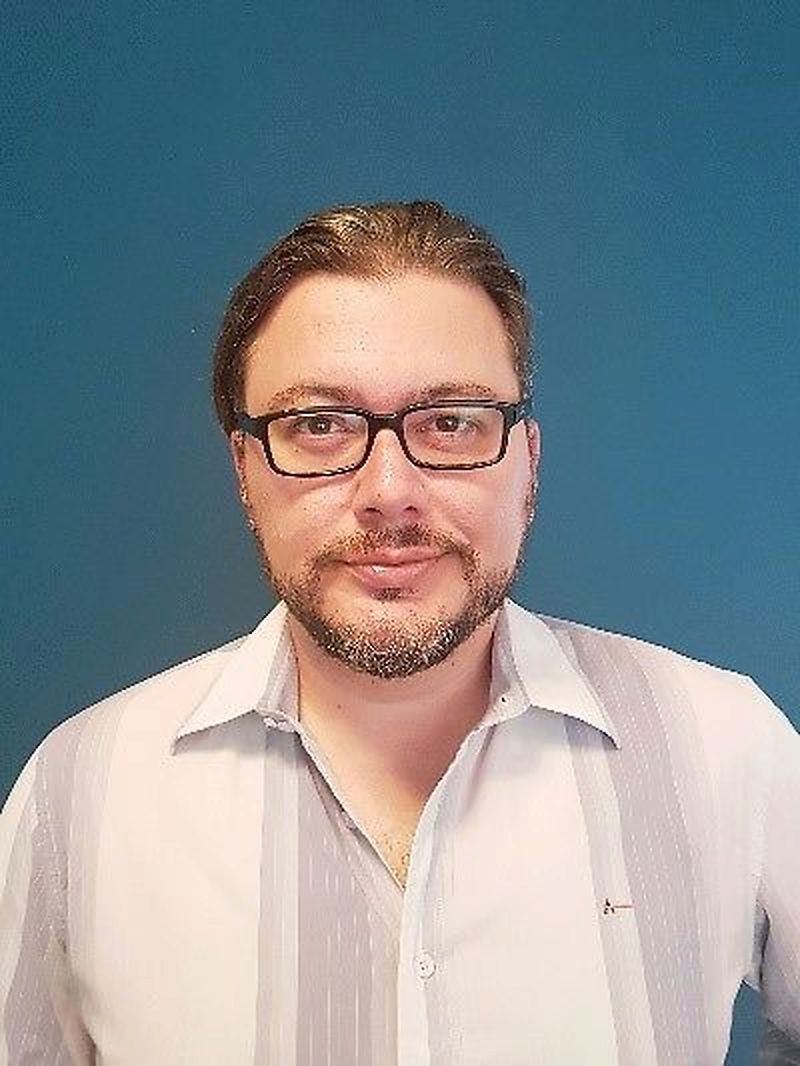 Omar Abi Azar is a theatre director and founding member of Zoukak Theatre Company. He was the dramaturge and director of several of Zoukak’s performances that toured in various cities in the Middle East, Europe, the United States, South America, South Asia and Africa.

He was commissioned by international festivals, theatres and universities to create original work: NYUAD’s Performing Arts Center, Cynthia Woods Mitchell Center, University of Houston, Texas, Theaterfestival Schwindelfrei Mannheim, Williams College, Massachusetts, among others. He was artist in residence with Zoukak at the Lift Festival, London, Sundance Theatre Lab, Utah among others.

Since 2008, Omar leads psychosocial interventions with Zoukak, targeting various communities in different regions of Lebanon and abroad (in Serbia and in Calais’ Migrants’ Camp, France); giving drama-therapy workshops and creating collective performances with various groups. Since 2013 he co-curates “Zoukak Sidewalks” an international performance festival, and “Focus Liban” a platform showcasing and supporting the work of artists residing in Lebanon.

Omar holds a BA in Theatre from the Lebanese University, Institute of Fine Arts (2006). 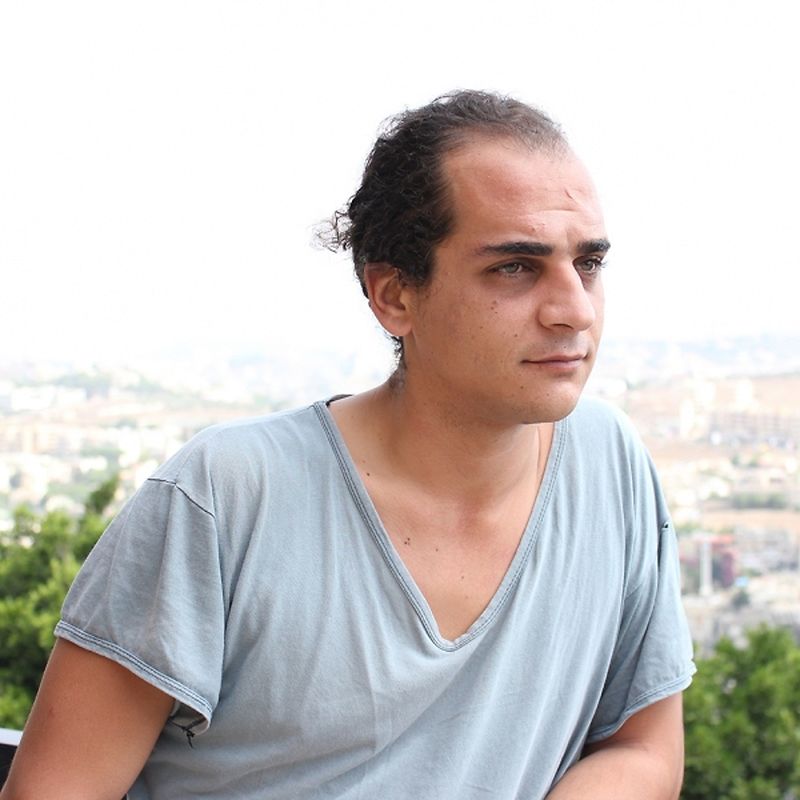 Rashmi Dhanwani is the Founder of the Art X Company, a strategic consultancy for the cultural sector focused on strategy, audience development and sector research.

Prior to founding Art X, Rashmi has worked with NCPA Mumbai, Breakthrough in Delhi, the newspaper Daily News and Analysis (DNA); Kalaghoda Arts Festival, and The Goa Project.

She holds a Masters in Cultural and Creative Industries from King’s College London. She has also been a recipient of the ARThink South Asia Fellowship (2011-12), a participant fellow at The Academy — a program of Carnegie Hall, The Juilliard School and the Weill Music Institute’, a scholarship grantee of the JN Tata Trust and Charles Wallace India Trust, and a 2017 Global Fellow of the International Society for Performing Arts (ISPA), New York.

Rashmi has also founded Arts Culture Resources India, a network and platform for cultural professionals in India and South Asia. 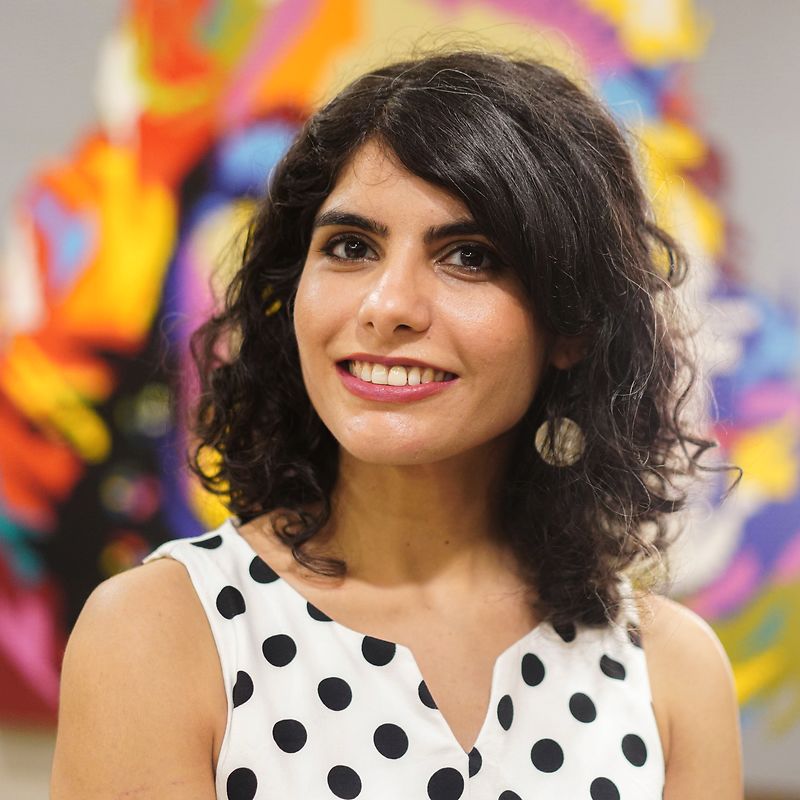 Mike van Graan, founder of the African Cultural Policy Network, has served in leadership positions in a variety of anti-apartheid cultural organizations such as the Congress of South African Writers and the National Arts Coalition of South Africa. He is also an award-winning playwright, who has written thirty plays to this date. He was appointed as Artscape’s Associate Playwright from 2011-2014 and is considered as one of South Africa’s leading contemporary playwrights.

He is the 2018 recipient of the Sweden-based Hiroshima Foundation for Peace and Culture Award in recognition of his contribution to the fight against apartheid, to building a post-apartheid society and to the interface of peace and culture both in South Africa and across the African continent.

You can read his full bio here.