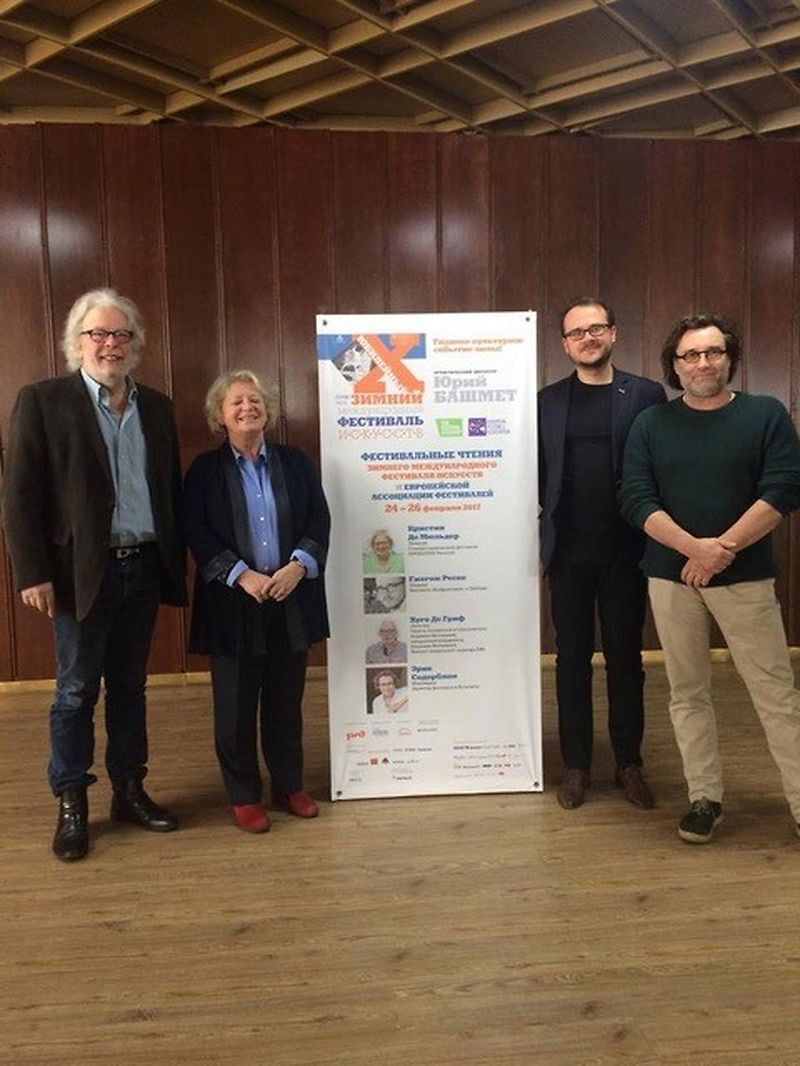 The 6th edition of the Festival Readings took place in Sochi, Russia, from the 24th to the 26th of February 2016, in collaboration with the Winter International Arts Festival. We were delighted to have the following speakers amongst us for the full 3 days: Kristine De Mulder (BE), Grzegorz Reske (PL) and Erik Söderblom (FI).

The Festival Readings Sochi 2017 are jointly organised by The Festival Academy (an initiative of the European Festivals Association) and the Winter Arts International Festival (WIAFS).

The Winter Arts International Festival was founded in 2007 in the capital of XXII Olympic and Paralympic Winter Games by the Russian Concert Agency. Yuri Bashmet, Sochi 2014 Ambassador, is Artistic Director of the Festival.

The Festival Readings Sochi 2017 is part of the EFA RISE project implemented with the support of the Creative Europe Programme of the European Union.