On Listening to Stories from Lebanon 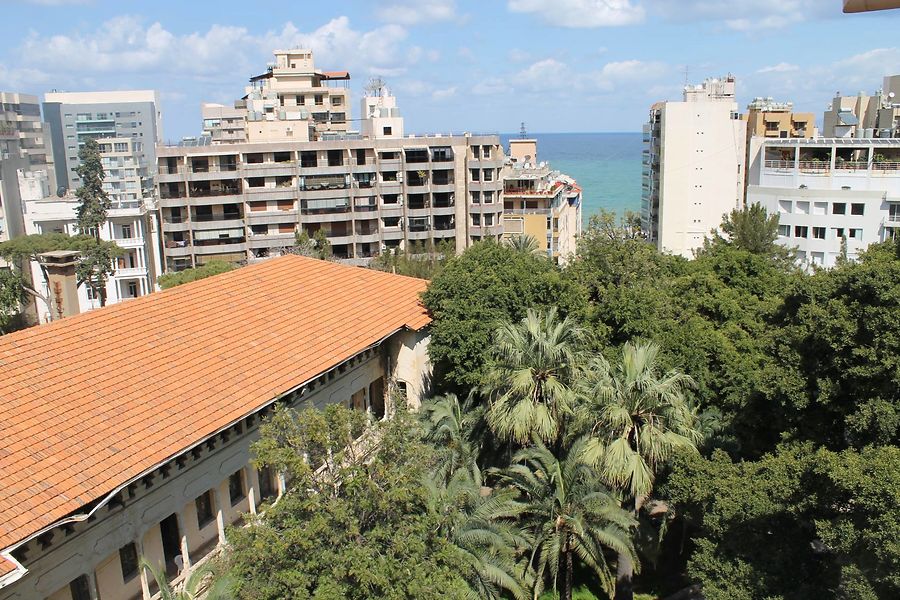 Following the Hotspot on Lebanon, ROBYN ARCHER provided the following reflection on the event, and the times we are living in.

For someone in a country where we have government support for the arts at many levels, in addition to philanthropic avenues, and an affluent middle class that spends money on arts and entertainment, it was heart-rending to hear our colleagues in Lebanon speak so poignantly about conditions in Beirut and beyond.

Late in the conversation, Omar from Zoukak Theatre generously made a plea for us to see beyond just Lebanon and to understand that the suppression of voices from independent arts and culture is worldwide. Especially from this meeting, I am so aware of the privilege we have in a country like Australia, yet wanted to communicate something about the parallels, even from that privileged perspective, just so our colleagues in Lebanon don’t feel so alone. Their courage is truly inspirational.

I begin by talking about one of my favourite scientists. I have spoken about his theories many times in past Ateliers but have had recourse to his thought and writing again more recently when commenting on the current COVID19 crisis. Brian Walker is an Honorary Fellow of Australia’s lead science agency the CSIRO, and has long been part of the global Resilience Alliance.  I am attaching a recent article in which Brian summarises the main points of his resilience theory and you will find a short video of his at the website of the Stockholm Resilience Centre.  So much of it is directly applicable to the arts and especially now. Even more important during the current pandemic are the comments he made when we last saw each other at the Adelaide Festival in March, just before Australia’s lockdown began. They sprang from his most recent book Finding Resilience, a more reflective look at his field experiences as well as his scientific and philosophical position.  Scientists from all disciplines understand that major crises offer the very best opportunity for change. Earth’s underlying environmental crises are so urgent that, in the wake of governments doing so little to avert ultimate destruction, scientists have been waiting for an overt major crisis, since that is often the only thing which will really get appropriate action. Brian reflects somewhat sadly that there have been any number of major crises in the last hundred years which could have and should have prompted major change, but none saw any meaningful action for the radical change which is needed. In these he included World Wars 1 and 2, the Fall of the Berlin Wall and 9/11. This comment pushed me towards Naomi Klein and her 2007 book Shock Doctrine which she wrote in the wake of Hurricane Katrina. She reports that large investments were made in the wake of the destruction in New Orleans, but that these were largely to commercial developers for condos that poor people would never be able to afford.  This resonated immediately when I heard our Beirut friends talking about the destruction of Beirut’s independent district with its old buildings which artists could rent cheaply. Those ruined sites are now being sold to developers who are marketing new beautiful apartments with sea views.

A major crisis provides the perfect pivot for change: the question is ‘what kind of change’?  Major crises have proven to be very revealing about the existing gaps in any society.  Hurricane Katrina showed clearly that poorer African American citizens fared so much worse than others. It might have been the perfect opportunity to begin remedying that social difference but while there have no doubt been many well-meaning organisations doing their best, the privileged classes still come out best, and commercial interests are shored up again. We have to assume that the COVID19 pandemic is having exactly the same effect.

Certainly here in Australia, especially in Melbourne, the country’s most tightly packed and most culturally diverse city, the gaps have been showing. Despite good government and courageous leadership in this state of Victoria, infections have spread more rapidly in those communities where English language communications are less well understood, and where people live close together in smaller accommodations. For Australia’s First Peoples, for whom unacceptable gaps (health, morbidity, incarceration, employment) have been well known for many years, it was very good to see how the remote communities shut down immediately on the understanding that the disease would be disastrous if it got to them. Native Americans have fared much worse, The Guardian reporting in May that infections in the Navajo nations exceeded those in New York City and that it was even worse in smaller tribes. But in other spheres, one hopes the crisis has made Australia a little less comfortable with itself, for instance in the area of aged care.  Will we change for the better post COVID19?

What every place needs is a smaller environmental footprint, an agility to adapt to new and unexpected circumstances, and the closing of gaps between rich and poor. It seems so contrary to actual needs, and no doubt I will be deemed fiscally ignorant to say this, when people start to get nervous about money and stop spending, start saving, Treasury lowers interest rates to ‘ kick-start the economy’ – that is, to get people spending again. This endless cycle of consumption simply reproduces the ‘more more more’ factor directly in the face of what we actually need – which is ‘less’ of everything. A brilliant outcome of COVID lockdowns would be if people recognized they don’t need so many cheap disposable clothes, don’t need so much of the  ‘stuff’ they loved to buy. But for that to work, it requires a total restructure of economical modelling, and instead of the cattle call for ‘jobs and growth!’ which we hear throughout the western developed economies, the focus should be on new twentieth century jobs and a focus on less consumption, less greed, less waste, and greater sustainability. Which countries have the guts to face this challenge and choose this moment for change for the better? There are so many cracks in a socio-economic system which has been ploughing along since the industrial revolution, that this would be the perfect time to rethink, reorganize, and there are plenty of good ideas around including, but not limited to, lots of writing about the Green New Deal.

The situation in Lebanon is extreme, and our colleagues find it hard to imagine how to emerge from the kind of corruption which has been holding the country back and has now plunged it into chaos – an economic crash followed by a pandemic and then an explosion.  I hope it helps a little bit for them to know that they are indeed at an extreme end of critical turning points which are manifesting themselves all over the world.

They spoke in the meeting about the lack of support for the development of critical thinking, the lack of support for artists and arts companies for whom critical thinking is part of an ongoing agenda. In Australia we certainly have much more obvious freedoms, and support for independent views and practise does exist. But most recently there has been a brazen attack by the Federal Government on the teaching of Humanities in our universities.  The government’s own department which deals with jobs and employment has a list of some fifteen or so skills necessary for jobs of the future. Fourteen of the fifteen are taught through the Humanities. Yet there is currently a bill before Parliament that will increase financial support for those choosing science courses, and at the same time dramatically increase the cost of degrees in the Humanities. Going directly against their own knowledge of what is needed in the future, they argue that graduates in science and technology are far more employable and much more necessary for the strength of the economy than graduates in the Humanities. Yet graduates in the Humanities have proven year after year to be more flexible and to have exactly the kind of agility that future employment demands. This too is an attack on the development of critical thinking and an enquiring perspective. Yes we need scientists and technicians and young people who have learnt a trade, but what kind of society will we have with fewer historians, philosophers, artists and deep thinkers?  This not an overt attack on freedom of expression, as in many countries in the world today, but it is just as insidious- especially when the vast majority of mainstream media is in the hands of one multinational corporation.

During our meeting, when Federico asked about the future, I quoted the Brecht poem:

In the dark times,

Will there still be songs to be sung?

Yes, there will still be songs to be sung

About the dark times

But there was another more brutal poem of his which came to mind:

They won’t say: when the walnut tree shook in the wind

But: when the house-painter crushed the workers.

They won't say: when the child skimmed a flat stone across the rapids

But: when the great wars were being prepared for.

They won't say: when the woman came into the room

But: when the great powers joined forces against the workers.

However, they won't say: the times were dark

Rather: why were their poets silent

It was inspiring to hear from Omar that artists have been ‘on the street’ from Day 1 in Beirut, and from Kassem, focused on decentralization, that without community and families art will not exist in Lebanon, and that society will not exist without art. I am currently locked down within a 5k radius, probably for another couple of months, and unable to travel internationally perhaps till the middle of next year. The temptation to join you, to sing for you and with you in your November festival is huge, but as that is currently denied me, I hope these few words will allow you to feel support from the other side of the world. 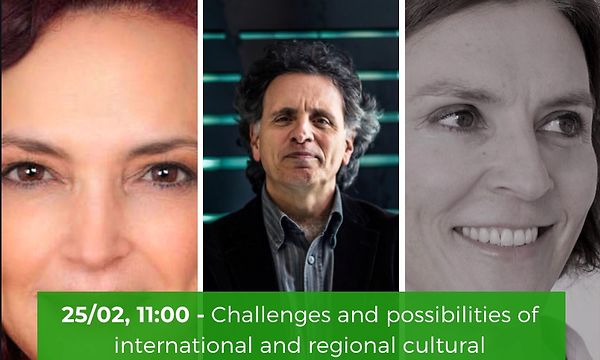 Atelier Elefsina-Beirut: The challenges and possibilities of international and regional cultural collaboration

This session 'The challenges and possibilities of international and regional cultural collaboration' is part of the Atelier for Arts and Production Managers Elefsina-Beirut 2021-... 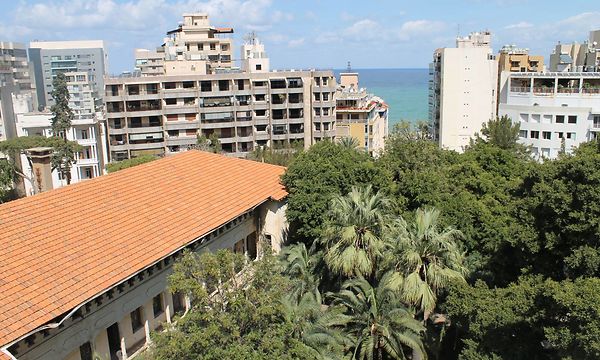 The Hotspot Lebanon and region, hosted online by The Festival Academy on Friday, 4 September, was facilitated by South-African playwright Mike van Graan and brought together... 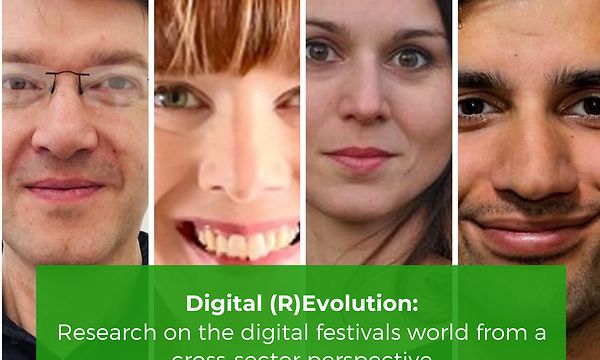 Digital (R)Evolution: Research on the digital festivals world from a cross-sector perspective

In the framework of our Digital (R)Evolution 2021, you are invited to be part of 3 must-see sessions with festival experts from different countries and continents discussing...