Mentors and guest speakers at the Atelier are renowned festival directors, cultural activists and artists, as well as people working in different fields of action such as the political, social, humanitarian and technological. Mentors are present throughout the 7 Atelier days, not only as lecturers, but fully engaged in (one-on-one) conversations and guidance of the participants. International and regional guest speakers are invited to add extra insights and perspectives on the different topics.

"What I feel that what’s very valuable from the Atelier is: (...) The amazing pool of mentors that shared their experience with us. A group of real experts in their fields from a range of backgrounds, that were generous enough to tell us about their stories, ideas, achievements and failures, but overall that were genuinely open to have an horizontal conversation with us which in every single case, nurtured our idea of festivals."

70+ mentors/presenters have allowed insights into their careers

Mentors and guest speakers all allow participants an honest and open insight into their careers including both success stories and failures. They share their motivation and explain their (artistic) choices in view of The Festival Academy’s mission.

Following the most recent Atelier NEXT, Eurometropolis region BE/FR  (November 2019) 85 mentors coming from 34 countries and all continents have taken part. 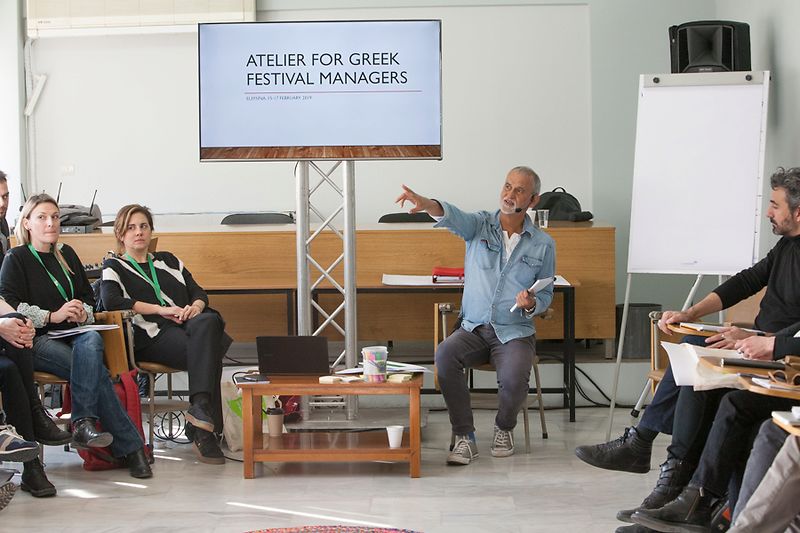 “As mentors and presenters I know we will get at least as much out of the participants as they may get out of us in the coming week. It should be understood at the outset that there are very few differences between us as mentors and you as participants, except perhaps in terms of experience. We are all participants in the Atelier.”