[PRESS RELEASE; Brussels, Belgium, 16 April 2015] The first Atelier for Young Festival Managers in the Arab world took place in Beirut, Lebanon, from 21 to 27 March 2015, and was hosted by the Beiteddine Art Festival. The 7-day training brought together 36 young festival managers from 21 countries, seven renowned festival directors from all over the world and multiple guest speakers from the region. Participants broadened their programming skills, and joined a network of now 300 Atelier Alumni from 63 countries. The Atelier is run by The Festival Academy, an initiative of the European Festivals Association (EFA).

During the opening of the Atelier on 21 March, Nora Joumblatt, H.E. Mr. Michel Pharaon, Minister of Tourism, H.E. Mr. Rony Araiji, Minister of Culture, and Inge Ceustermans, Managing Director The Festival Academy, welcomed the young festival managers and underlined the importance of uniting people through art and culture.

Ruth Mackenzie, Director Holland Festival, set the tone for the 7 days of intensive work: “You don’t get many opportunities to learn and to give, to have fun, to listen and to perform yourself. Make it a world class festival and take all the inspiration you can from this fantastic city, and this wonderful country. And make sure that this becomes one of the things that changes your life.”

Inspired by the motto coined by Atelier presenter and former Director of the Avignon Festival Bernard Faivre d’Arcier – “The true role of a festival is to help artists to dare, to engage in new projects.” – the Beirut Atelier focused on artistic aspects of festival management in general as well as in relation to festivals’ particular contexts such as the Lebanese one.

Leading festival professionals and artists from Lebanon guided the participants through the particular artistic scene of Beirut, sharing their unique challenge of realising a festival in an unstable context. The closing session took place on 27 March at the Ecole Supérieure des Affaires, which hosted the Atelier during the seven days, with closing words by Stéphane Attali, Director of ESA. Nada Sardouk, Director General Lebanese Ministry of Tourism, said: “This is the way we resist to everything which is happening in Lebanon. This is the way we say no to terrorism, no to the people that believe that by destroying the arts, the culture, and the archaeologic sites, they can win. (…) This is how we can win. With you. We have to Live Love Lebanon.”

Hugo De Greef stressed that the Beirut Atelier is a key step in the advancement of the Atelier programme. It confirmed the standard of excellence set in the seven previous editions since 2006, paving the way for the next Atelier in 2015 which will take place from 31 August to 6 September 2015 in Gwangju, South Korea, in collaboration with the Chonnam National University and the Asian Arts Theatre (Asian Culture Complex).

The latest news, blogs, and more information can be found at The Festival Academy, Facebook, EFA on twitter and EFA’s blog Festival Bytes.

The European Festivals Association (EFA) is the umbrella organisation for festivals across Europe and beyond representing about 100 festivals, national festival associations and cultural networks from 40 countries. EFA initiated the Atelier for Young Festival Managers in 2006; since 2013 it has been organised by The Festival Academy. The Atelier BEIRUT 2015 was co-organised with the Beiteddine Art Festival and supported by the Austrian Embassy of Beirut, Beirut Chants Festival, Ecole Supérieure des Affaires and Middle East Airlines. The Festival Academy and the European Festivals Association thank for their support: the European Commission and the City of Gent. 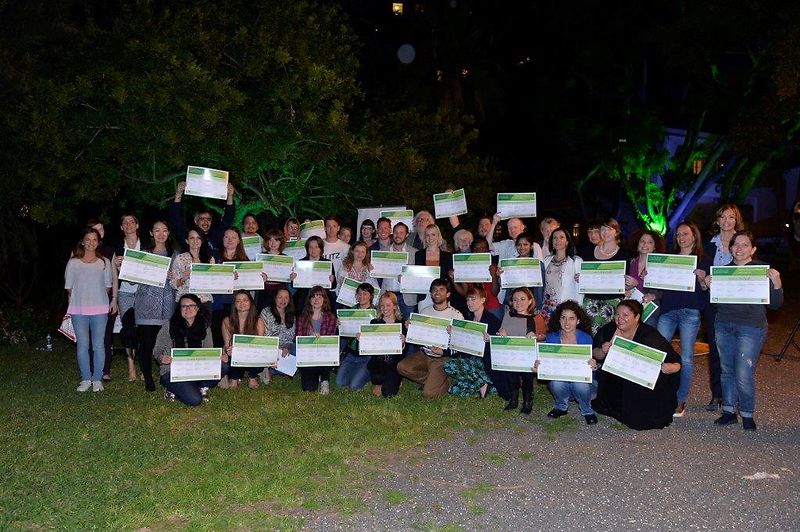