Inge Ceustermans on The Festival Academy, its goals, and ambition for the future

The European Festivals Association plays a key role in developing the festival managers of tomorrow. The success of its Atelier for Young Festival Managers programme led to the foundation of The Festival Academy in 2013, offering various training formats and networking opportunities to young, dynamic and passionate festival makers worldwide. Managing director Inge Ceustermans told Mark Powell from the International Arts Manager more about its work.

The European Festivals Association (EFA) is the umbrella organisation for festivals across Europe and beyond. Founded in Switzerland in 1952, it has since grown into a dynamic network representing about 100 festivals and cultural organisations from over 40 countries across a wide range of disciplines. What are the key elements of The Festival Academy’s mission and goals? At what point did it become obvious that there was a need for it?

The Festival Academy’s mission is to share, exchange and construct know-how on festival management, focussing on the essence of festivals – the art and the artist – and touching upon all artistic disciplines. In this way, The Festival Academy means to develop and sustain a network of festival leaders of the future.

The key is that the training really comes from the field, and is conducted by experts from the sector who have worked for many years in festival management themselves. The first Atelier for Young Festival Managers was organised in 2006 by EFA when, after thorough research, they found that no dedicated training programme for festival managers on the artistic aspects of festival management existed. There’s a very clear need for it, evidenced by the fact that we’ve held eight Ateliers to date, and continue to receive a high volume of applications and requests to host the training sessions of The Festival Academy from all over the world. The next editions are already confirmed in Gwangju, Budapest and Chiang Mai, which will take us right up until the end of 2016.

EFA set up The Festival Academy based on the success of the Atelier for Young Festival Managers, which had taken place in different parts of Europe and beyond. An independent structure was set up to incorporate extended partnerships with networks, cultural institutes, embassies and festivals, wider geographical outreach, and new training formats in festival management addressing more diverse target groups. EFA and its members are very much involved in The Festival Academy, but there was a need to develop it further as a linked but separate programme with its own worldwide network and outreach.

What sorts of things have actually been discussed at The Festival Academy sessions to date, and how does its output fit with the ongoing work of the EFA and its Atelier programmes?

The core of the sessions focus on the artistic side of festivals, and building people-to-people contact. Some 45 selected young festival managers, all peers and colleagues, meet for seven days with around 10 high-level festival directors to talk and exchange ideas about how to put together and programme a festival. Particular emphasis is placed on the artistic aspects of festival management, including artistic vision, political and social responsibility, internationalisation, networking, renewal and sustainability.

Questions addressed during the sessions include, among others: how to articulate, develop and realise an artistic programme; what the role of internationalisation might be in a festival’s work; what the role of festivals is in creating global citizenship, intercultural dialogue, participation and access to culture; what new models of collaboration are emerging in a globalising world; and to what extent festivals can be regarded as instruments of change, allowing artists and audiences to open up new perspectives and contributing to fostering democracy. Presentations dealing with these issues and questions are given by renowned festival directors, and alternated with working sessions in small groups.

Furthermore, the training programmes of The Festival Academy really begin with, and develop from, the participants themselves. At the Atelier, for example, all participants need to answer several questions concerning programming before the sessions begin. The answers to these questions are collected in what we call the ‘Atelier topics’ document, which is distributed to and read by all participants and speakers beforehand. The topics discussed during the Atelier are very much based on these answers, and this document is used as the basis of the working sessions. As the Atelier is always very much linked to the context it takes place in, each edition includes multiple cultural encounters with the local arts scene.

What key challenges for EFA are currently being explored through its Festival Academy and Atelier programmes?

The main challenge today is to make clear why networks, both formal and informal, are important at a time when everything is measured in terms of direct revenue and numerical results. The Festival Academy is about human capital and development; it is about taking time out to develop one’s own view, and to develop the Academy itself into the primary resource for festival training with real ambition even against the pressure of today’s economic climate.

With the Atelier for Young Festival Managers, we have now managed to offer a regular programme since 2014; from 2014 until 2016 there are two Ateliers per year, one in Europe and one beyond, which is quite remarkable in itself. Around this, we are developing new training formats, such as the Festival Readings and the new Festival Management Production Training, a pilot of which will take place in January 2016. It’s also quite a challenge to manage this financially, but it’s a huge opportunity to develop this unique initiative – until now, there has been no other regular training programme focussing on the artistic aspects of festival management. Now there is one; and one of our major tasks is to convince key stakeholders and partners to support it.

What have been the most notable shifts or developments in the festival management sector in recent years?

I think digitalisation and the emergence of social media have generated enormous new possibilities for festival managers. It’s something The Festival Academy and EFA are really focussing on, and not merely as a theoretical element; it’s really based on the exchange of knowledge and experience coming from experts from the field.

For example, Ruth Mackenzie – a mentor at the most recent Atelier, held in Beirut – was talking about how she planned to experiment with digital platforms as current artistic director at the Holland Festival, one of the most important festivals in the Netherlands. She’d decided to make the opening night party a digital-only experiment: it would take place entirely online and through peoples’ TVs, with everyone in the Netherlands invited to take part at home, free of charge, in what would otherwise have been an ‘exclusive’ ticketed event. She used this example to discuss digital opportunities for opening doors to new audiences and creating new ways for them to engage. At the time of her talk, it hadn’t happened yet – it would be great to invite her back for a future Atelier to hear how it went.

What do you think it takes, in this day and age, to be a successful festival manager of the future?

A festival manager has always needed a lot of different capabilities. Many of these positions encompass not only the role of artistic director, but also elements of production and communication management – so you need to be a good artistic director, financial manager, people manager and production manager. It’s almost impossible to combine all these qualities or skills in one person, but most important of all, I think, is that they have real passion for what they’re doing. As Bernard Faivre d’Arcier, president of the Lyon Biennale and former director of Festival d’Avignon, once said: ‘The true role of a festival is to help artists dare to engage in new projects’ – that’s the motto of The Festival Academy.

The Atelier does not follow a traditional learning format: participants are treated as equals and peers, and mentors learn as much from them as vice versa. You really have to view it as a ‘space to dream the impossible’ (and to make it possible). This will also be the format for the new Production Management Training course we’re setting up, in which experienced production managers will be invited to share their experiences, successes and failures, and moreover to meet with a network of participant peers and colleagues. It means you’re not alone in your field – you’ll end up with some 25 production managers from all over the world that you can exchange with, and those networks remain useful when you return to your day-to-day work after the sessions are over.

How healthy is the current financial outlook in the sector, and how do you think young festival managers will need to adapt to the changing climate as we move forward?

I’m convinced there will always be artists, and that art will always be made. However, it’s clear that we need new models of collaboration, and once again, young festival managers need to be skilled in negotiations with a wide range of different stakeholders – to see things from numerous points of view in order to convince people of a particular festival or project’s necessity, because money, of course, is always important to realise your passions. There’s a dangerous and frightening tendency all over Europe to reduce budgets for culture, and I’m surprised this still happens in an era where the societal and human benefits arising from arts and culture are so apparent. What would we be without it?

The Festival Academy can only grow and exist thanks to the collaboration it has with EFA, and thanks to the support of the Creative Europe programme. For the future, we are looking into similar ways of setting up collaborations to bring together key stakeholders from within education and culture. We want to encourage them to think of truly new and innovative forms of training that draw elements directly from both fields, but which at this point aren’t fully acknowledged by either the education or culture sectors.

What ambitions or goals does the EFA have for the next few years, aside from continuing to increase its outreach and widen engagement?

The EFA’s main aim at present is to develop The Festival Academy further in the coming years. We’ve only just started: we aim to make it more sustainable through long-term and structural partnerships, and to develop this amazing growing network of future festival leaders, which today already numbers more than 300 young managers from over 60 countries across all continents. This network is the heart of our organisation, because it’s all about them – the people – and the things they can imagine and realise together. 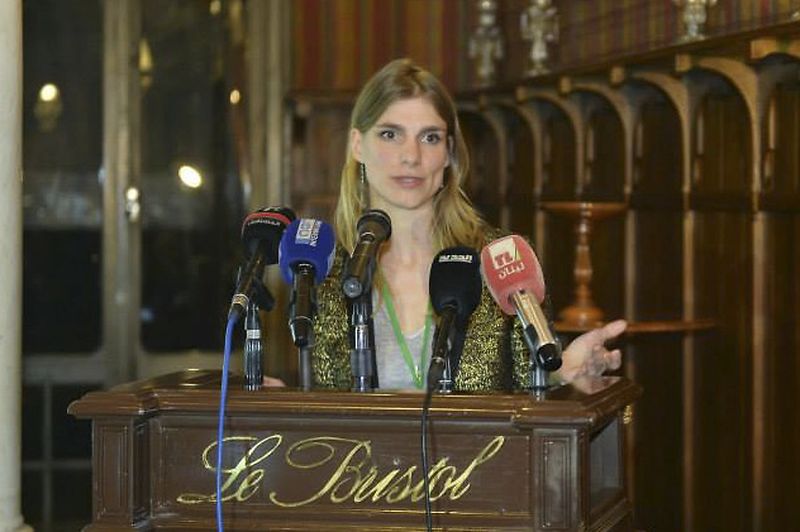