The 11th Atelier for Young Festival Managers and third one in Asia was closed successfully in Chiang Mai, Thailand, on the 7th of December 2016 by Mr. Krit Thanavanich, Vice-Governor of Chiang Mai and by Mr. Jirut Issarangul Na Ayuthaya, Vice-President of Thailand Convention and Exhibition Bureau (TCEB) and host of the Atelier Chiang Mai 2016. This Atelier gathered 35 young festival managers from 20 countries and 4 continents, as well as 7 renowned festival directors from across the globe.

During the 7 days - a mini-festival called by one of the participants – many issues were tackled during presentations, in small working groups, one-on-one exchanges and during informal moments. Hugo De Greef, General Coordinator The Festival Academy – Belgium, thanked the participants for yet another inspiring edition of the atelier as well as all the other organisations and people involved in the organisation with a special mention for the mentors: Robyn Archer, Artistic Director The Light in Winter Melbourne – Australia, Mark Ball, Artistic Director London International Festival of Theatre (LIFT) – UK, Bernard Faivre D’Arcier, President Lyon Biennial – France, Nele Hertling, Member Strategy Group “A Soul for Europe– Germany, Seong Hee Kim, Independent Curator and Producer, Professor at the Kaywon Art University – South Korea, Kee Hong Low, Head of Artistic Development (Theatre) West Kowloon Cultural District Hong Kong – Singapore.

Participants were inspired by the experiences of the experts, gathered new ideas, inspiration and new ways of seeing things and above all new friends. Several topics were addressed, with a special focus on the relevance of festivals and their role in society today and aspects such as local an international production; audience participation and integration, artistic integrity, risk taking, how to deal with restrictions from the establishment and institutions, censorship, political situation; embracing  uncertainty, financial risk, social change to name only a few. The Atelier has planted many seeds to sparkle the thinking process and imagination of both participants and presenters.

Mark Fisher and Virkein Dhar, participants of the Atelier, addressed their peers during the closing ceremony and Ms. Dhar paraphrased one of those seeds with the following words during her closing speech: ‘we share fundamental human emotions and that's what keeps us going and connects us through powerful experiences. Essentially, the arts go beyond language and context and have the   ability to touch every heart. History is evident of the power of collective human spirit overcoming the unimaginable. Many of us have echoed this through the week and it feels most relevant. (…) As artists and arts managers, it is our duty to engage in conflict against regimes that suppress knowledge that crosses physical borders and contexts, because conflict is a necessary ingredient for creativity. Creativity is what makes space for us to grow and collective knowledge can be destructive.’

During her keynote speech at the opening ceremony Ms. Nele Hertling addressed the urgency to act in today’s world and that the quote by Bernard Faivre D’Arcier and motto of the Atelier, that we need to dare, must be extended: we have to question ourselves more critically about the role of art and culture in today’s society. Why the Arts don’t seem to be heard these days? During the sessions further questions were raised as: ‘what’s next? What is the future of festivals? How can we stay relevant? How can we be heard by the general public?’

‘The Atelier provides a space and time to think collectively’, said Ms. Inge Ceustermans, Managing Director The Festival Academy, during her closing speech. She continues ‘we might want to think freely and imagine beyond our personal contexts. But I believe that in certain regions of the world the context is so defining and compelling that you cannot think outside of it. Therefore we need empathy and make an effort to try and replace ourselves in that context and try to think up solutions from another perspective than the one we know.’

As one of the crucial aspects of the Atelier is to connect the issues elaborated in the sessions to a concrete local cultural situation, a thorough cultural programme was an integral part of the Atelier schedule. The group visited a variety of cultural places, comprehending both contemporary and traditional art, independent run and governmental, presentation and creation, such as KAD Theater, Wandering Moon Performing Group, Lanna Wisdoms School, Ne’Na Contemporary Art Space and MAIIAM Contemporary Art Museum.

As in previous Ateliers, the Atelier Chiang Mai is only the beginning of a new network. Participants are now part of The Festival Academy’s ever-growing Alumni Network, counting 435 alumni from 66 different countries and some 40 mentors and presenters, which will help them in their future collaborations and work.

The Chiang Mai Atelier is paving the way for upcoming editions of the Atelier for Young Festival Managers. Keep an eye out for the new call for application coming out soon!

In order not to miss anything from the Atelier Chiang Mai 2016, check out the following links: 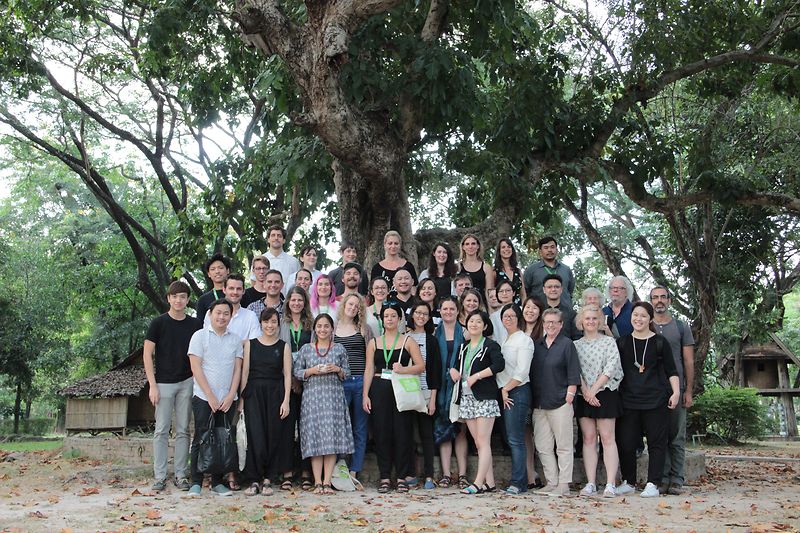