The 11th edition of the Atelier for Young Festival Managers launched yesterday in Chiang Mai, Thailand

The 11th Atelier for Young Festival Managers of The Festival Academy (initiative of the European Festivals Association) was launched yesterday December 1st, in Chiang Mai, Thailand at the Chiang Mai City Arts & Cultural Centre. The Atelier in Chiang Mai is organised in collaboration with the Thailand Convention and Exhibition Bureau (TCEB). The opening ceremony was moderated by Ms. Siree Sirimontri, Senior Executive of TCEB. Ms. Supawan Teerarat, Vice President of TCEB greeted the 35 participants from 20 countries and the 3 mentors already present. Ms. Inge Ceustermans, Managing Director of The Festival Academy introduced the Atelier. Ms. Nele Hertling finally kicked off Chiang Mai 2016 with a Keynote speech, striking up 7 days of international cultural exchanges, and intense discussions.

Ms. Supawan Teerarat welcomed the Atelier for Young Festival Managers in Chiang Mai. a place that integrates art, culture, performance and natural wonderland in one unique space. She said: “the hidden power of creative people together with the magic of the city invites you to open your mind and explore this extremely rich city, as well visually as artistically.” Read the full speech here.

In an inspiring keynote speech, Ms. Nele Hertling addressed the participants with a strong message: “Festivals have, next to their local importance, the possibility to open a window to the world, to create awareness about the immense diversity of this world, based on the visionary power of art, the persuading influence of artistic imagination.”  Read the full speech here.

The Atelier for Young Festival Managers celebrates 10 years since the first edition took place in 2006. Ms. Inge Ceustermans underlined during her opening speech: “In a time that sees the world moving towards separation and building walls, an active attention and commitment to connect and create communities is ever more pressing. EFA’s role is to inspire and enrich the festival landscape worldwide. It does this by fostering interaction between festival makers in Europe, in Asia, in the Arab countries etc. sharing know-how and encouraging cooperation in the villages, cities & regions where festivals are located. At the same time an evergrowing young community is created through the training programmes preparing for many years now the next generation of festival makers worldwide.” Read the full speech here.

The Atelier will close on Wednesday, the 7th of December with a closing session at Boon Mon Fai, Chiang Mai. Have a look at the detailed 7-day programme. 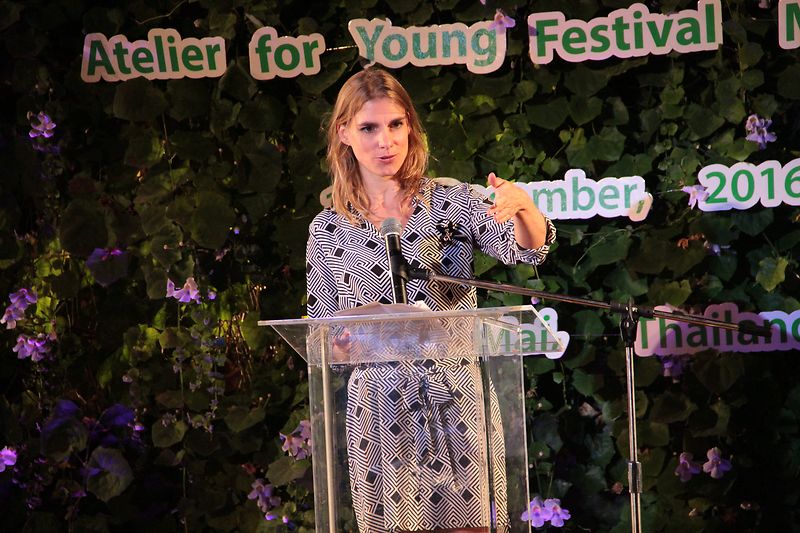