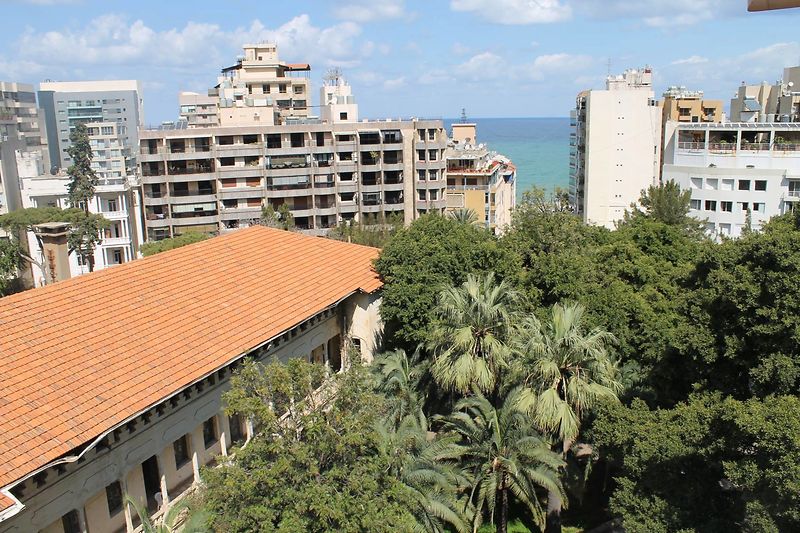 The Hotspot Lebanon and region, hosted online by The Festival Academy on Friday, 4 September, was facilitated by South-African playwright Mike van Graan and brought together distinguished leaders and members of the Lebanese arts and culture community: Doreen Toutikian, founder of the Beirut Design Week, founder & president of the MENA Design Research Center and co-founder of LOOP – Lebanon; Kassem Mohamad Istanbouli, founder of the Association Tiro for Arts and the Lebanese National Theater; Omar Abi Azar, theatre director and founding member of Zoukak Theatre Company; and Soleil Gharbieh, grants manager for the Arab Fund for Arts and Culture. The speakers were also joined by around 35 listeners from all over the world.

A variety of highly relevant and urgent matters were presented and emphasised by the guests during the session. Maybe one of the longest-running obstacles faced by the cultural sector in Lebanon, the lack of structured and formal public support was one of the main difficulties mentioned in the talk – its significance existing up to the point in which local artists and producers are used to taking matters into their own hands and supporting each other through networks of solidarity and artistic communities. After the three biggest menaces that affected the country in recent times (economic crisis, COVID-19 pandemic and the blast of 4 August) and without governmental aid, the Lebanese arts and culture sector has increasingly joined forces to share relief funds, resources and practical help to rebuild spaces, hopes and spirits.

“Lebanon is bleeding youth and talents.”

According to the speakers, the lack of stability and backup from political representatives has also affected the Lebanese artistic scene in regards to its makers, since a significant number of artists and workers have fled the country in the last years, and even more so since the recent blast which affected emphatically the artistic neighbourhood of Beirut. For instance, from the 150 studios partnered with the Beirut Design Week, around 85% have been severely damaged by the explosions, according to the festival’s founder Doreen Toutikian. The consequences of this destruction is immensurable and, as pointed by Zoukak Theatre Company’s founding member Omar Abi Azar, will have deep impacts on the critical thinking and freedom of expression of the whole Lebanese society, possibly even for the entirety of Middle-East.

Faced with such enormous challenges, the ability to adapt and reinvent themselves is a constant need for the Lebanese artists and culture workers. Inspiration brought by the beating heart of the survivor discovered a month after the blasts in Beirut is combined with indignation with the Lebanese government for being guilty of the incident due to, at best, their negligence and mismanagement – and, at worst, a potential interest in ‘cleaning the area’ to open space for foreign brokers and investment in a geographically advantaged region of the city. And not only physically: politicians would also have intentions of ‘cleaning the area’ of its traditional occupants who foment critical thinking and artistic expressions of unease and uprising.

I cannot imagine not fighting to do a play and that that play does not challenge censorship, I cannot imagine having too much or enough money to do something; I don’t think I would’ve been doing theatre if it was that easy to do it.”

Used to being forced to take matters into their own hands, the small arts and culture community in Lebanon finds some strength in remaining united and creating numerous and intense communication and networking initiatives, which flourished during these especially trying times. In the meeting, Kassem Mohamad Istanbouli, founder of the Association Tiro for Arts and the Lebanese National Theater, highlighted the intense connections and shared experiences that came out of the COVID-19, and how they should continue to grow and be used as tools for mutual learning. Doreen Toutikian mentioned how initiatives such as Mophradat have been taking the opportunity to rethink meanings and measurement tools for the sector and prioritise the quality of interactions in arts. Finally, Arab Fund for Arts and Culture’s grants manager Soleil Gharbieh also brought to the conversation some of the many examples of cultural scenes that have come together to help each other in an informal union that shares information and resources, as a way to dribble the lack of governmental support. As important as these projects are, however, Omar Abi Azar reminded the participants of the need for emergent worldwide action regarding the undermining of critical thinking and freedom of artistic expression.

The main takeaway of the meeting for those who want to help Lebanon came in the shape of a call to action: we should not limit our action to donating to solidarity funds, but also participate in the rebuilding of the whole Lebanese cultural economic sector in the long run. “Don’t forget about Lebanon in a month” was the concluding appeal – and ways to support their sector in the long haul include “showcasing Lebanese arts festivals, coming to performances or to work in Lebanon, supporting sustainable cultural events in Lebanon, being present in those events, meet artists – come to Lebanon”, invited Omar Abi Azar.

To continue supporting Lebanon and its region in the future, consider: