What We Learned From Hotspot Ukraine 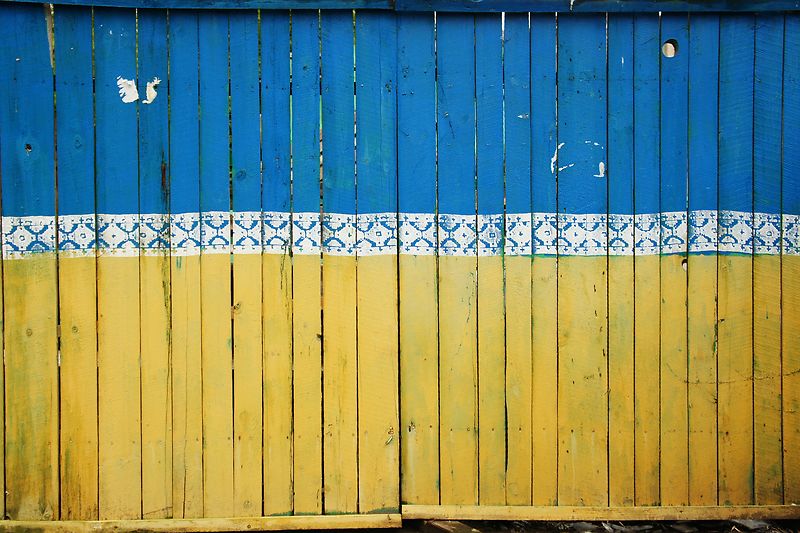 Hotspot Ukraine hosted by The Festival Academy took place online on Friday, 25th and Monday, 28th of February. The two sessions were an opportunity to bring together artists in different European cities and directly affected advocates from Ukraine and Russia. The purpose of the sessions was to raise awareness and share resources regarding the current state of the country and how it is affecting the Ukrainian arts and culture sector. In particular, the group discussed the role the arts and culture community can play in regard to Ukraine’s latest political developments and how the people working in the sector can be supported by other artists, institutions, and the general European population who wishes to do so.

The first meeting, already planned but anticipated due to Russia’s bellic offence on the same day, had as a starting point Mark Neville’s photobook Stop Tanks With Books, portraying life in the borders of Ukraine. With 750 copies sent to policymakers, the group discussed how to further utilise the book as an informational tool which is simultaneously abundant in emotional appeal. The meeting provided a first occasion for participants from the region to discuss the situation on the ground and urgent resources, many of them themselves concerned with getting to safety or avoiding raids, and all describing a bleak situation where life seemed to come to a halt.

“Giving visibility to artists and initiatives that will speak directly to hearts. To keep the spirit high of the people suffering, we can use art. We can use art to call for actions. “

The second meeting provided an extra opportunity for the participants to update each other and The Festival Academy on recent development and new systems of support, both at international and local levels. One participant mentioned how since last week’s escalation the population has been scared but hopeful in regards to negotiation processes, especially considering how the world has so quickly united for Ukraine in the current scenario. A second participant has informed us that in the country’s border with Poland, people are reporting up to 60 hours to transition between sides, criticising the West’s response to the situation, highlighting the role that some countries play in supporting oligarchies. According to a Russian participant ‘war’, ‘invasion’ and ‘occupation’ have now been added to a list of banned works, coinciding with the government’s attempt to reframe and minimise the events in Ukraine; meanwhile, like many other Russians, she is deeply scared of a nuclear war scenario and the President’s unpredictability.

“I have never been in a country that has been in this situation before; it challenges your ideas about your identities, who you are and what you believe in.”

Another participant, not Ukraine based but working with people from Kyiv added that Europe should be ready for a worst case scenario, and highlighted how war or the imminence of war is deeply embedded in the people that experience it, and how post-Covid communication technologies and practices provide a unique opportunity for connection and rebuilding structures, not only in Ukraine but everywhere. Finally, some participants discussed media coverage and the importance of framing and critical thought, especially in light of the reports of racist practices in the borders and the islamophobic narratives permeating journalism which distinguishes between (white) Ukrainians, seen as more civilized and therefore worthy of empathy and support than (brown) middle-Eastern conflict victims.

The overarching themes of the discussions were the importance of establishing and maintaining connections between artists and organisations as support networks, and the urgency of educating everyone outside of Ukraine about the conflict and in ways they can effectively help.

For the safety of speakers and to protect their identities in these conflicting and unstable times, we will not make the names of participants and speakers public.

In response to the current developments in Ukraine, we are collecting solidarity initiatives to help the arts and culture scene and the people in the country and outside. This page will be updated regularly.

Please send any initiatives you wish to share to info@thefestivalacademy.eu.