The Atelier for Young Festival Managers BUDAPEST 2016 took place in Budapest, Hungary, from 2 to 8 June 2016, and was hosted by Armel Opera Festival. The 7-day training brought together 43 young festival managers from 25 countries, seven renowned festival directors from all over the world and multiple guest speakers from the region. Participants broadened their programming skills, and joined a network of now 400 Atelier Alumni from 66 countries. The Atelier is run by The Festival Academy, an initiative of the European Festivals Association (EFA).

“I think you will have much success in your careers, as I saw that you are all really talented and great people and fanatic in your job, which is the only thing you need to be successful in your career.”

“One thing I was very struck by, was that you are all here in some way at a kind of cross roads, some of you are thinking about leaving what you are doing now or opening up a new chapter, some of you are looking for a new way. You are all beginning to find some of the answers within each other but you are all also demonstrating a huge amount of personal courage”

The participants also got the chance to speak their minds about the Atelier and the experience that they had just concluded. Nick Delatovic Luanne Poh spoke on behalf of the 43 participants and underlined the importance of the relationships built during the week:

"What started out as a group of people coming to discuss their own needs and get support for their own needs, started to become a group of people whose natural instincts kicked in when they hear the needs of the others around them and that for me was when the real structure and focus of the conference started to come together. it was a very simple, very natural series of moments of people wanting to help somebody else with their problems."

Inspired by the motto coined by Atelier presenter and former Director of the Avignon Festival Bernard Faivre d’Arcier – “The true role of a festival is to help artists to dare, to engage in new projects.” – the Budapest Atelier focused on artistic aspects of festival management in general as well as in relation to festivals’ particular contexts such as the Hungarian one.

Leading festival professionals and artists from Hungary guided the participants through the particular artistic scene of Budapest. The closing session took place on 8 June at the Hungarian National Gallery, with closing words by Hervé Ferrage, Cultural Counsellor and Director French Institute in Budapest, Agnes Havas, Director Armel Opera Festival, closing remarks by Rose Fenton and Inge Ceustermans. Hugo De Greef concluded the session, he stressed that the Budapest Atelier is a key step in the advancement of the Atelier programme:

"At the center of the Atelier are the participants. After all these years, one of the things we are most happy about is that we brought you together”.

The Budapest Atelier again confirmed the standard of excellence set in the nine previous editions since 2006, paving the way for the next Atelier, which will take place from 1-7 December 2016 in Chiang Mai, Thailand, in collaboration with the Thailand Convention and Exhibition Bureau (TCEB). 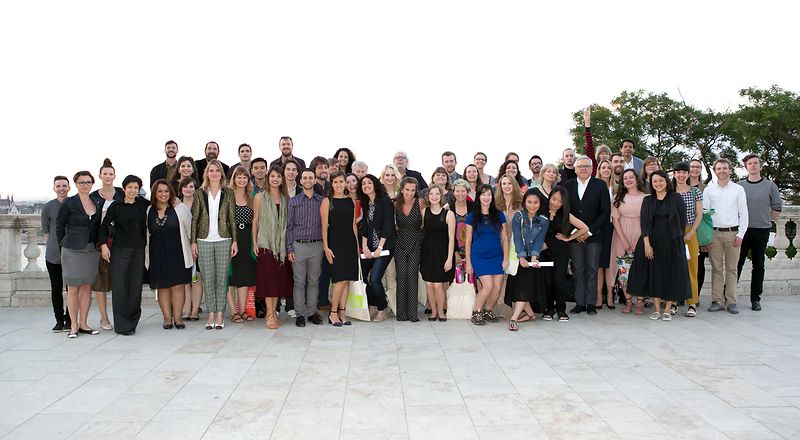