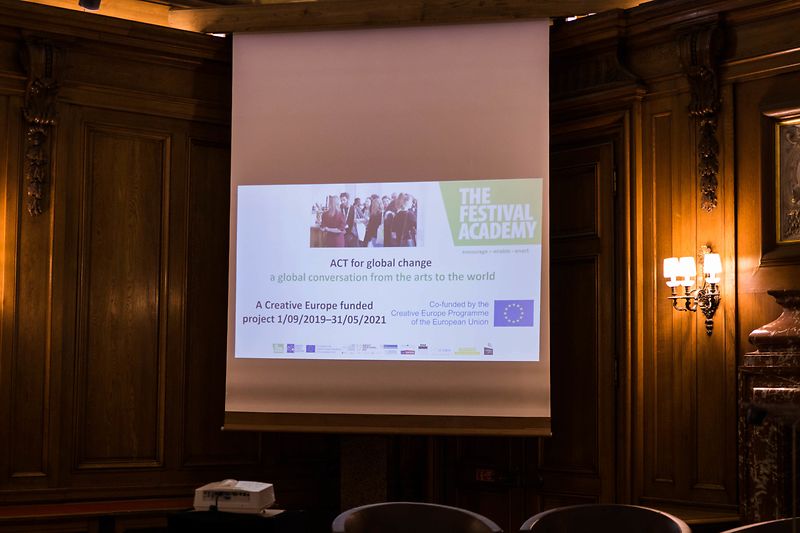 ACT, a project supported by Creative Europe under the cooperation projects 2019.

The Atelier for Young Festival Managers NEXT (13-19 November 2019), organised in the framework of NEXT Festival, offered an inspiring context for the ACT partner Kick-off Meeting 13 - 14 November 2019 to take on the next steps to implement ‘Act for Global Change: a global conversation from the arts to the world’ (ACT) and its ambitious goal to build bridges between different fields of actions, being the artistic, social, political and business world.

To this, it aims in a first phase to enable and facilitate a global inclusive conversation and critical reflection between festival managers from different art disciplines, origins, generations and social backgrounds on the role that arts, culture and more particularly festivals, can play in a fast changing world.

The strategy towards reaching positive change consists of a series of new training modules, digital toolkits and a fund system for refugees. In a world increasingly polarized by inequality and lack of intercultural dialogue, ACT contributes towards more cultural diplomacy and informed, skilled leaders and activists with global perspectives, acting in solidarity to effect change on the local, regional, national, and international level.